Glendale-Armenian students stand by the side of Armenian soldiers

Glendale-Armenian students stand by the side of Armenian soldiers 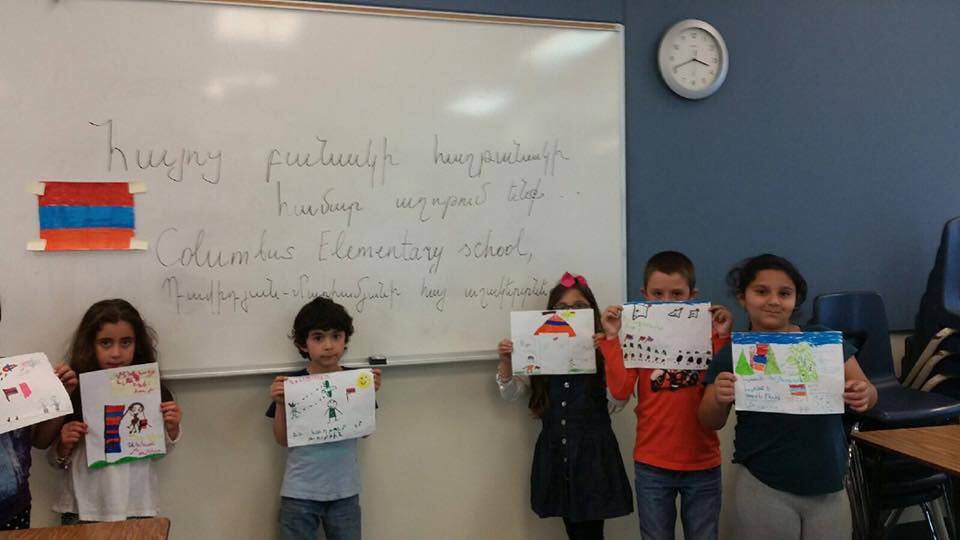 On April 4, the Davidian and Mariamian Educational Foundation of Glendale hosted a short commemorative event dedicated to the Armenian soldiers leading a battle of life and death in Artsakh.

During the event, the children presented their pictures of how they see Armenian soldiers, Armenia and Artsakh. At the end, they prayed for the safety of Armenian soldiers and said another prayer for the souls of the Armenians killed during Azerbaijan’s military operations to rest in peace.

“We get emotional as we follow the events taking place in Artsakh. We take pride in the unity of the Armenian people and in the courage of the volunteers leaving for the military front. With this initiative, we wanted to engage Armenian children in the life in Armenia, keeping the feeling of patriotism and the willingness to help their country alive in their conscience,” Director of Davidian and Mariamian Educational Foundation Ophelia Satoorian said in an interview with Hayern Aysor.